About the artist: Georges Seurat (1859 – 1891) was a French post-Impressionist artist, best known for devising the painting techniques known as chromoluminarism and pointillism. His conté crayon drawings also garnered a great deal of critical acclaim. His best-known painting, A Sunday Afternoon on the Island of La Grande Jatte took him two years to complete and altered the direction of modern art. It remains one of the icons of late 19th-century painting.

Seurat believed a painter could use colour to create balance and emotion in art the same way a musician uses counterpoint and variation in a piece of music. He aimed to create a new language of art based on its own set of heuristics and set out to show this language using lines, colour intensity and colour schema. He named it ‘chromoluminarism’.

A Sunday Afternoon on the Island of La Grande Jatte is now on permanent display at the Art Institute of Chicago. The large-scale painting shows members of each social class enjoying different park activities. The tiny juxtaposed dots of multi-coloured paint allow the viewer’s eye to optically blend colours. Seurat spent two years sketching in the park to prepare for the work (there are about 60 studies).

He died in Paris in his parents’ home in March, 1891, at only 31 years of age. The cause of his death is uncertain, but was thought to be some form of meningitis. Sadly, his young son died two weeks later from the same disease. Seurat’s final painting, The Circus, another ambitious piece, was left unfinished. 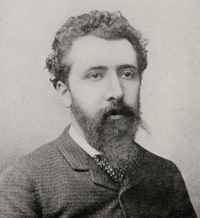