About the artist: Albert Bierstadt (1830 – 1902) was a German-American painter best known for his extravagant, sweeping landscapes of the American West.

Born in Prussia, Bierstadt brought to the United States at the age of one by his parents. He later moved to Düsseldorf to study painting.

Bierstadt became part of the Hudson River School in New York, an informal group of like-minded painters who started painting along the Hudson River. The sessions helped to develop his later romantic style.

In 1859, he travelled with Frederick W. Lander, a land surveyor for the U.S. government, to view western American landscapes for his work.

During the Civil War, he paid for a substitute to serve in his place. By 1862, he had completed one Civil War painting Guerrilla Warfare, Civil War, based on his brief experiences with soldiers stationed at Camp Cameron.

In 1882, a fire destroyed Bierstadt’s studio at Irvington, New York, along with many of his paintings. By the time of his death, his motivation for painting had long since subsided. Bierstadt was then largely forgotten, but is now regarded as one of the best landscape artists in America. He was buried in Massachusetts. 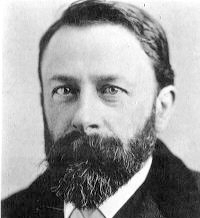