Halfway between modernism and symbolism appears the influential figure of Gustav Klimt. His nearly abstract landscapes make him a forerunner of geometric abstraction - and one of the greatest symbolist painters of the Vienna Secession movement.

These beautiful reproductions embody all the glittering colour and style of classic Klimt artworks. All of our reproduction paintings can be complimented with a hand-crafted frame.

About the artist: Gustav Klimt (1862 – 1918) was an Austrian symbolist painter and one of the most prominent members of the Vienna Secession movement. Halfway between modernism and symbolism, Klimt’s nearly abstract landscapes make him a forerunner of geometric abstraction. Klimt is best known for his paintings, murals, sketches, and other objets d’art.

Klimt was devoted to the industrial arts and had a significant influence on the painter Egon Schiele. 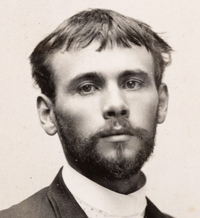