David Freeman is an award-winning photographer, specialising in Brighton and UK landscape photography. His photographic book, ‘A Tale of Two Piers’, is a celebration of the two iconic landmarks, presenting them in all different kinds of weather.

About the artist: David Freeman has spent the last 25 years as a full time professional photographer, however his obsession with photography started much earlier than that. David was just 10 when he first picked up his father's camera and started taking photographs. It would appear even then he had an eye for a photograph and his parents actively encouraged his fascination with all things camera. This then moved from an interest and became David's main passion.

Growing up, he received accolades in both landscape and wildlife photography, coming highly placed and commended in the BBC Wildlife Photographer of the year when he was just 14.

David's work was on display for a year at the Birmingham International Centre.

After dabbling in a few more 'normal' careers such as fitness trainer (David's degree is in sports science), he felt lost without his camera, so in 1990, he turned his attention to his future as a full time photographer. He never looked back.

After a brief stint on the 'books' as a photographer at Vogue and BRIDE magazine, David eventually ditched the somewhat cut-throat and vacuous business of fashion and turned his attentions and newfound experience to wedding and landscape photography. 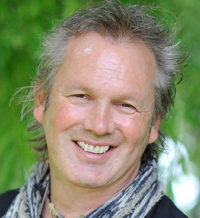