Alej Ez is an artist and architect living and working in Brighton. His work combines detailed observational drawing and digital colouring techniques 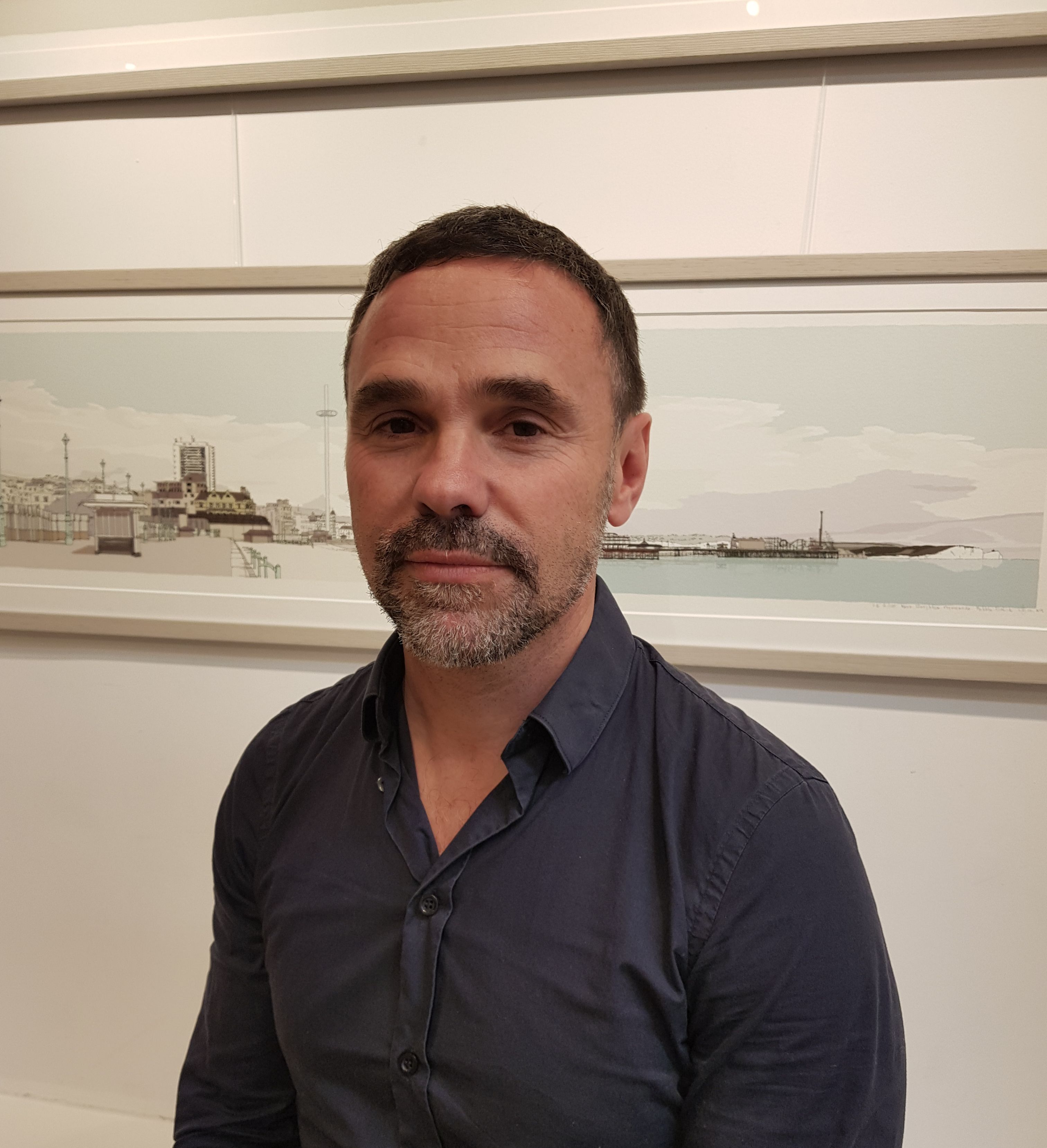 About The Artist : Alej Ez is a trained architect originally from Granada, Spain. Since his studies he has lived and worked in London, and has now settled in Brighton. Here he finds a multitude of inspiration for his detailed architectural landscapes.

Alej plans his works in advance and visits specific locations in the countryside, by the sea, and in towns. He is inspired by the art of others such as William Blake and Samuel Palmer and often undertakes lengthly expeditions to find the exact locations of his favourite pieces to serve as the inceptions for his own work.

Once Alej has found a point of interest, he takes photographs so that he can work from them back in his studio. Using the photographs Alej makes detailed line drawings using fine liners as small as 0.05m. He often works in sections joining sheets of A3 to craft formats up to three metres long. Once he is happy with his drawings he moves into a digital format adding colour and additional detail. Meticulous, Alej often goes through several printing proofs in order to get the colours exactly as he wants them paying appropriate homage to the beauty of the landscapes which he has visited and recreated.